Home
Noa Kirel
Sofia Mechetner
Agam Rudberg
Rotem Sela
Moran Atias
Sharon Ganish
2017
2015
2001
2000
1996
1995
Noa Kirel is an Israeli singer and actress. She has won MTV Europe Music Awards for best Israeli act. She burst into the Israeli public consciousness at the age of 13 and half.
The model was discovered by Roberto in 2015. Sofia was spotted by Dior's chief designer Raf Simons randomly as she was out shopping with her personal agent Rotem Gur (R&R) in Paris. Sofia was signed as the face of the global brand campaign and opened the fashion show for the brands fall season. This making her one of the youngest most successful models ever.
Agam Rudberg is an Israeli actress and model. She was discovered by Roberto at age 13. She became a model for the shoe brand Skechers and has featured in international magazines, including Maxim, and modeled for brands, including Remington Products. Agam has also won the title “Actress of the year” in Israel.
Rotem Sela was discovered by Roberto at age 15 in year 2000. Within a short amount of time from the state of anonymity she became casted in multi campaigns throughout Israel for fashion brands such as Honigman, TNT, Go Under etc. Since then Sela is considered one of the most successful models in Israel.
Model and Actress Moran Atias was discovered at just 15 years old. In year 2000 Roberto turned Atias to an international sensation when she starred in Italian fashion designer Roberto Cavalli and a Dolce & Gabbana campaign. Atias appeared on multiple magazine covers such as Jack, Max, Natural and more. In 2008 Atias played on the American Tv series Crash, following the second season she was casted as the lead role.
In 1995 Roberto discovered Sharon Genish and made her the most successful model in Israel and the first to model in a worldwide Versace Campaign. Since then Sharon has been considered one of the most successful models in Israel.
Roberto's Agency is an Israeli leader in talent discovery and model management, Since 1995, it has created stars from complete anonymity to a global success. 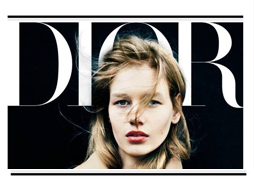 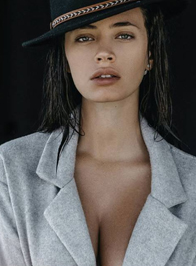 View more
Roberto Tv
Productions
The television production department is an independent production company that produces original content and original series for television and digital. Best known for her double series starring singer Noa Kirel.
Get in
The Studio
The agency's studio, which has been operating for several years, is run by the leading fashion photographers in Israel and produces many fashion productions
Get in

Do you want to become a Model?